As part of the SAVE project trial participants were offered different marketing strategies to test how these effected uptakes of energy efficiency. These included discounted LED bulbs and also LED bulbs installed at zero cost to the participants, each tested across two distinct trial periods.

The trial group was initially offered discounted LED products for sale via a voucher (sent by post) that linked to a project specific retail website. This engagement aimed to promote LEDs as an easy way to reduce electricity use and explain the benefits of LED lighting technologies. The trial offered participants six common bulb types, all at a 20% discount. About 19% of the participants noted interest through visiting the project website, however less than 1% actually purchased bulbs. 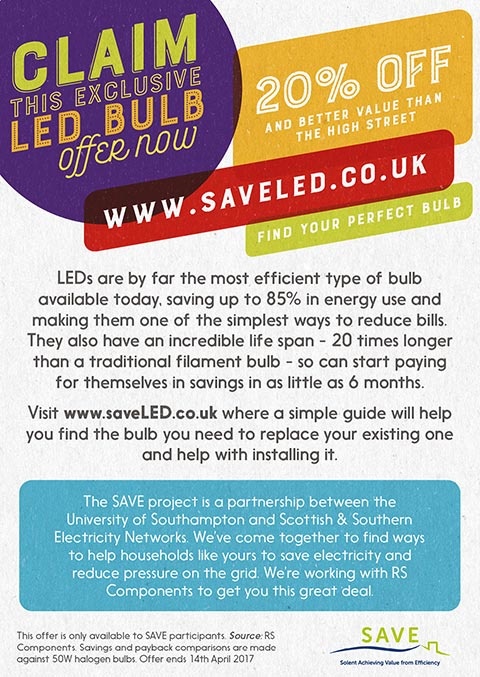 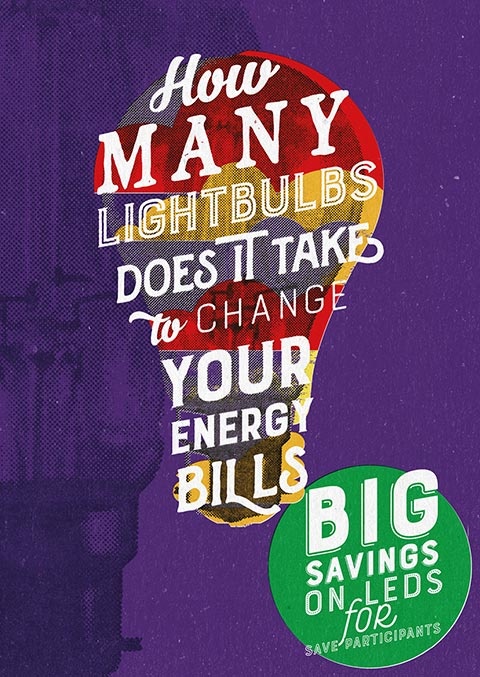 Approximately six months later, the SAVE project offered to install LED bulbs in participants’ households free of cost. The SAVE project did not attempt to send free LED bulbs to customers through the post, as there is no way to guarantee the bulbs are installed and not placed in storage, resold or given away. Project staff followed up an initial letter with phone calls and site visits to schedule an appointment when bulbs could be installed. While on site, staff installed the new LED bulbs in the most used areas of the home, aiming to replace the least efficient bulbs. The project allowed for up to 10 bulbs per household. Project staff removed the old bulbs from each property to prevent them from being reused.

As final uptake, the project installed 6,135 bulbs, with 76% of participants accepting the LED bulbs, across 882 properties for an average of 7 bulbs per household. The maximum observed change in energy consumption during the peak period was 47 Watts per household. The main rollout occurred between October 2017 and February 2018. 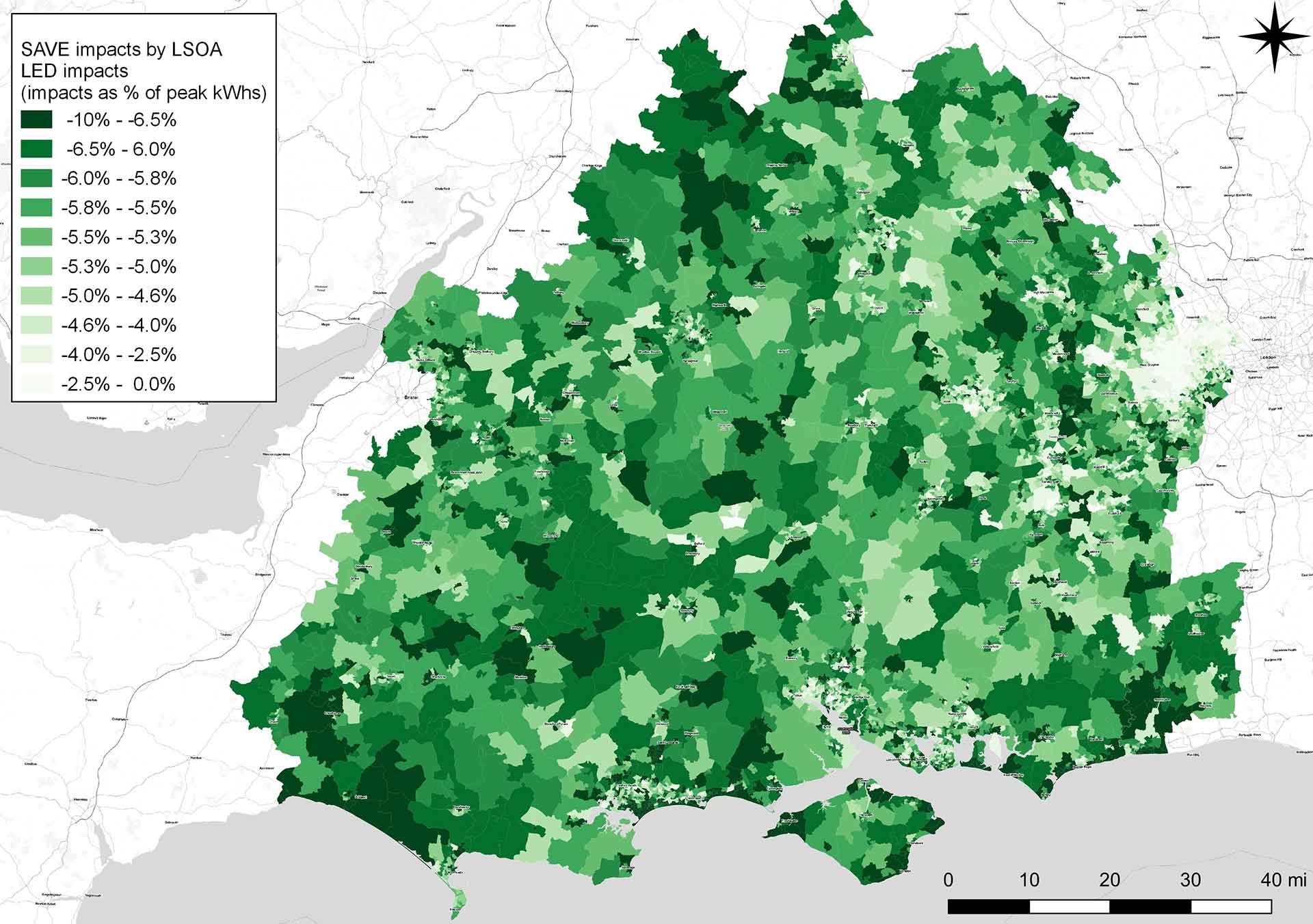